Console gaming is pretty popular even today with multiple vendors selling gaming equipment of all kinds. If you’ve ever owned a PlayStation or a PSP, then you could easily relate to the joy one feels while gaming on them. Since consoles and their controllers are specially made for gaming alone, it’s plenty of fun to use them for having short or long gaming sessions.

If you don’t own a console anymore but have one of its controller(s) lying around, then you could make use of them again. You might wonder how that’s possible when you own a Mac device because it’s infamous for its inferior gaming quality. Truth is, the default hardware on a Mac system is quite capable of running most games. It’s only the developers who don’t often release games for the impressive Mac OS. 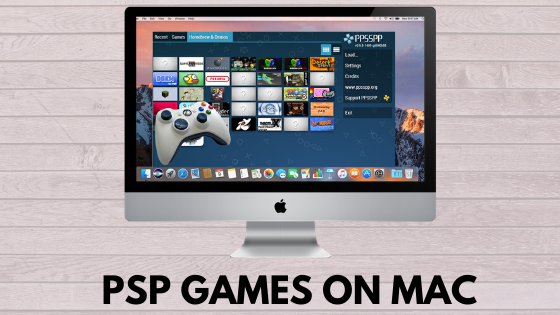 Here in this scenario, when the need for gaming overwhelms you, what you could do is use an emulator that can play hundreds of PlayStation games. The PS1 & PSP games are already praised for their quality visuals and also the vital ability to use consoles for playing single or multiplayer modes.

There is a popular PS & PSP emulator developed for the Mac platform which is known as the PPSSPP Emulator.

The “PPSSPP” stands for PlayStation Portable Simulator Suitable for Playing Portably. This emulator works in more than 30 languages. It can emulate PlayStation games on multiple platforms such as Mac, PC, and Android.

The PPSSPP emulator allows you multiple ways to load games. You can use the Homebrew store provided within the emulator to obtain game titles or use the compatible PS games already present in your local storage as ROM(s).

This emulator is inclusive of a host of features that could be tweaked to adjust performance in several of your favorite gaming titles. You could play at 1080p resolution and combine the magic of the Mac Display along with High Definition image quality to thrive in your games. Saving your progress is also possible with the ability to save up to 3-5 game states to later resume them at a better time.

You can also map keys, lock FPS and adjust other settings in-depth to extract maximum performance from the hardware of your system. Lastly, you can use either or both the keyboard and the external game controllers to play while you enjoy amazing high-quality sounds!

How to install PPSSPP on Mac?

The footprint of this brilliant emulator is just approximately 12 MB and it works on any Mac OS X device. Do remember to make some free disk space of approximately 5GB or less depending upon how many games you want to keep in your library. These packages that carry games are called ROMs which further contain the ISO file required to load the game.

Now to begin, you’ll be required to already have the SDL framework installed on our system which could be done using the Homebrew installer. 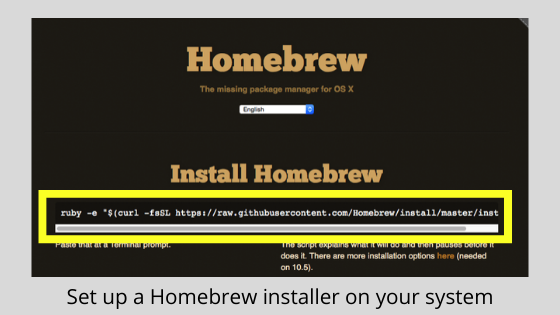 To set up a Homebrew installer on your system, you’ll need to run a command in your Terminal application. Copy exactly the provided command or you’ll risk hampering your system and it’s core files.

Lastly, use the below-mentioned command in the Terminal window to initiate the installation process for running PPSSPP on Mac.

Once you’ve installed the PPSSPP on your Mac device, browse and download all the compatible game ROM(s) for the emulator by using independent websites.

How to run PSP games on Mac

There are two methods to obtain PSP games and play them using the PPSSPP emulator on Mac.

The developers of the PPSSPP emulator are consistently working on their program to provide you more updates which will allow you to play thousands of High-Quality games and maintain a large gaming library. The additional boon that this application is multilingual makes it the perfect choice for all global gamers.